After a plane ride and three train rides, the team and I arrived back in Germany yesterday morning (from Turkey). We all are super tired, and exhausted, but are also very excited and encouraged from the short amount of time we had in Istanbul.

We decided that our time while we were there would be strictly guided by God and not by our own plans. Each morning we worshiped and had prayer time to hear where God wanted us to go. Some of us would head to the house of prayer, and some of us would just go and see where God let us end up. The only things we carried with us were our cameras and guitars.

A place we found ourselves quite often was Kadicoy. Kadicoy is a beautiful part of Istanbul where you can see ships coming in and where a lot of Turkish people seem to be enjoying the beauty of the country. We always ended up coming back to the same place in Kadicoy.

Its incredible how much the Turkish people love hearing music and guitar and how much they like having their picture taken. The two things we brought were our means of connecting with people. Every time we went out people just seemed to flock us.

While some of us were out, there were others back at the house of prayer praying for opportunity, strength, discernment, and praying whatever else they felt impressed to pray. It is incredible how accurate some of these impressions were. They would write down any impression and prayer and at what time it occurred. It’s cool to see how accurate their impressions were in relation to the events that took place with those of us out in the city. At the end of the day, both groups would debrief and hear the stories of how God used them.

Some examples:
On the third day, Yvonne got the impression that there would be too many people for Sean to take a picture of. People would be lining up. The picture below is in Kadicoy; Sean and Corey are shooting Polaroids. 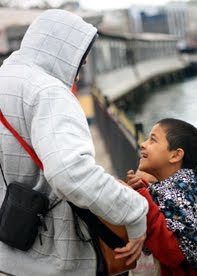 There was an impression of René playing his guitar with children. The photo on the left is Friday afternoon in Kadicoy.

On Tuesday, I was q-tipping my ear, and went completely deaf in my left ear. At 2:00pm, I decided I wasn’t going to go into Kadicoy but asked Sarah if we could go and ask the contacts we met if they knew anyone who could help. At the same time, Rene and Corey prayed that I would have discernment and know what to do to fix my deafness. I went to the contacts and they called a friend who came and fixed my ear. Apparently all it needed was to be flushed out with some olive oil and something that look like a really small Turkey baster.

There are plenty of cool stories of how god worked, but if I were to tell them all, I would be writing for too long. But there is one that stands out which I want to share. 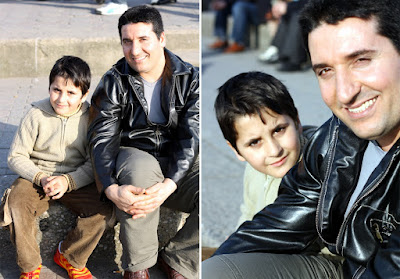 On our first day to Kadicoy we did a ton of walking around… though nothing seemed to happen. No opportunities and very little contact with the Turkish people. We finally sat down, and allowed God to take control. We decided to just sit down, play some guitar and just hangout. Eline took out her guitar and started to play and the rest of us either took photos, had a snack, or just chatted. When it was time to go home, Eline had talked to an old man for two hours, I had fed the birds with a young boy, took some photos of him and his father (and got his fathers email address) and the girls had a lunch date with a girl the next day. It’s crazy how God works. We didn’t have to go to anyone, they came to us EVERY TIME.

One verse that comes to mind is “be still and know that I’m God”. When we attempted to reach out to people on our own strength, it was an epic fail. He really just reminded me that when we just allow him to do His thing, He does it, and does it well.

I’m super excited to be back in Herrnhut to see the rest of the students and hear their testimonies of each of the short term outreaches. We are back in Germany for a month and then head to our main outreach at the beginning of May.

I am suppose to go to Ethiopia but for some reason I keep doubting that is where I am suppose to be. I would love it if you could pray and just ask for direction or peace for Ethiopia

A mosque in the european side of Istanbul

Rene playing for some locals at a park. 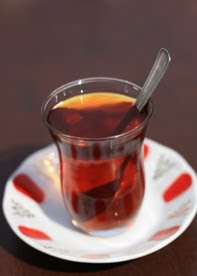 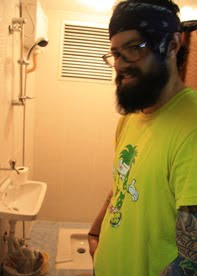 As far as my bible reading the bible in Chronological order, this is where I’m at

Tomorrow my team and I leave for mini-outreach. Below are a few photos of us. Please pray for us as we venture off. Pray for: Unity between the team, boldness and passion. 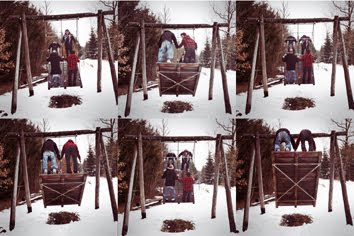 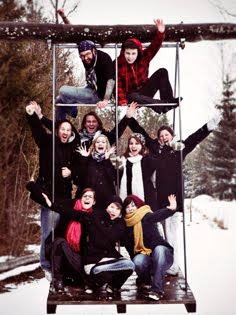 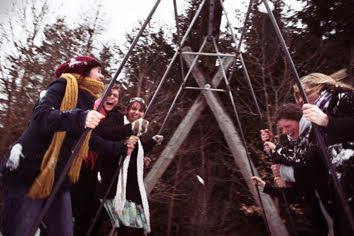 This afternoon, a few of the lads and I had a intentional bonding time. Snow balls were whipped, shins were brusied, and clothing was soaked. Consider us bonded!

... the girls also had a bonding time. They probably talked about their feelings or something like that.
(photos by Denis Biesenbach)
Posted by Chance Faulkner at 3:26 PM 1 comment:

"Even from ashes, God can make fire." - Lucy De Silva
Posted by Chance Faulkner at 12:58 PM No comments:

what happens when you get 120 DTS students in one room? 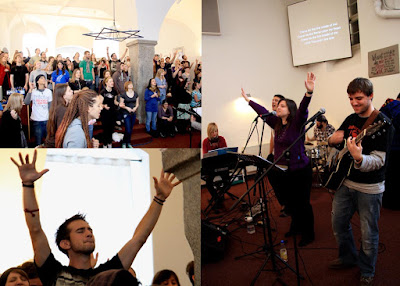 Posted by Chance Faulkner at 3:43 PM No comments: 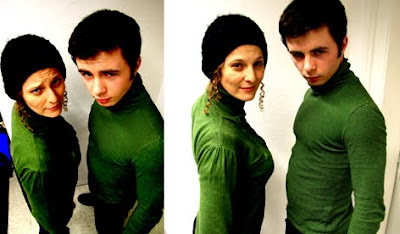 Posted by Chance Faulkner at 2:53 PM No comments:

Last Friday all eighty of the fall DTS students returned from their outreach programs. That put the number of students here at over one hundred and twenty people (which is way to many for the base to handle). The staff leaders decided that our DTS (of 40 students) would move to Jesus Haus(a hostel like apartment building) and the students returning couldtake our spots. We packed up everything, moved it all to storage and are now living out of our Mini-Outreach suitcases.

Many of us really enjoy this new residence. I get to board with only one other student (talk about luck!). His name is Alex - he is from Colorado springs. Some of the other students weren’t as fortunate and have to room with up to seven others! I am super fortunate to have Alex in my room. He is a very mellow guy who is also trying to read a lot. It works out perfectly. For the next few weeks the lectures will be here at the Jesus Haus rather than the Castle -- this is great because now I get a chance to sleep in more often.

I seem to be doing a lot more cooking here which is great. I’m not sure if I'm becoming passionate about it, or because I just like food, either way its is definitely forcing me to be more creative in preparing a meal.

Next Saturday I leave for my mini outreach to Turkey and will be back here at the end of March. In May, I will be travelling to Ethiopia for my longer-term outreach and will return to Germany to graduate in July.

Posted by Chance Faulkner at 12:48 PM No comments:

I realized that I've blogged about the view of my walk to the castle each morning, though never have I shown you the view. Here it is-This is what i see every morning walking down slow death hill.

Posted by Chance Faulkner at 10:46 AM No comments: 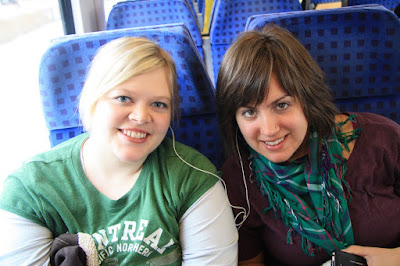 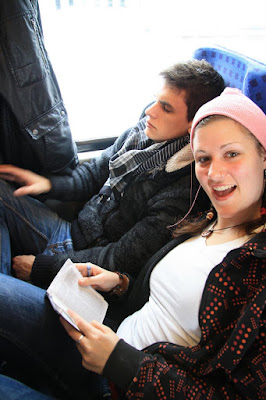 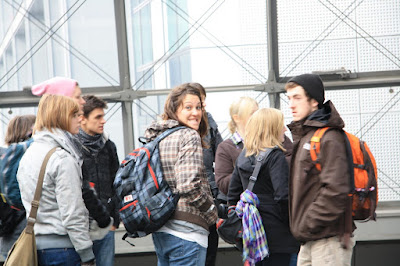 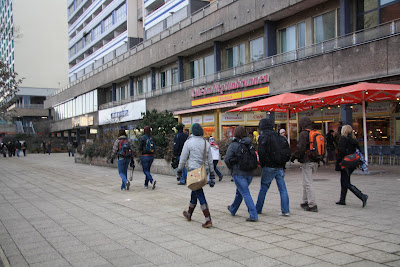 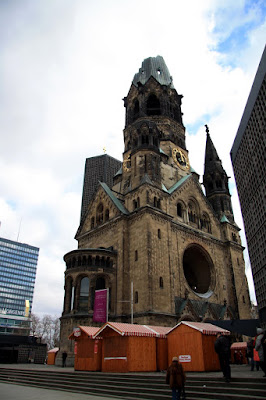 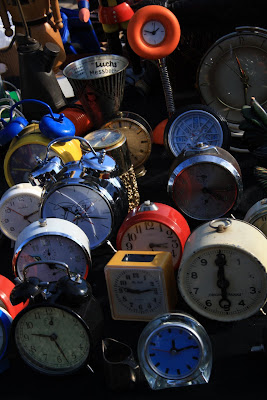 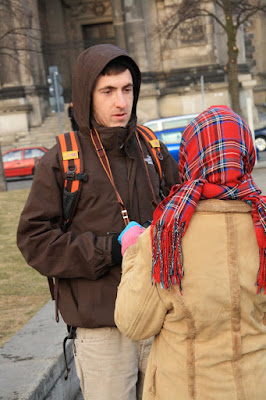 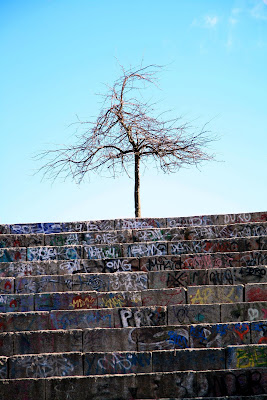 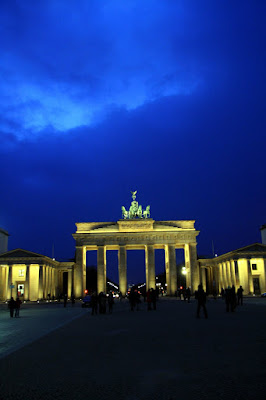 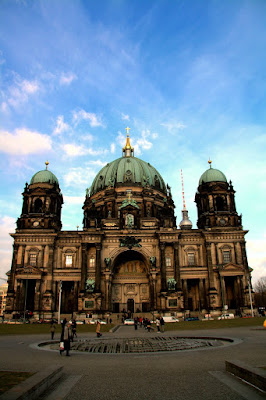 Saturday morning, nine other students and I, decided to go to Berlin for a birthday weekend ( Zach and Laken) we left Hernnhut at 8am and arrived in Berlin at 1:05pm. It was a great time to just get away from the small town of Herrnhut to really experience the real Germany. Though most of our time was either spent eating or walking, it was great to just get away with a smaller group. Saturday night we stayed in a Hostel, and boarded a train home Sunday night. it was a great weekend with lots of laughs and new experiences. I can't wait to go back.
Posted by Chance Faulkner at 1:11 PM No comments: