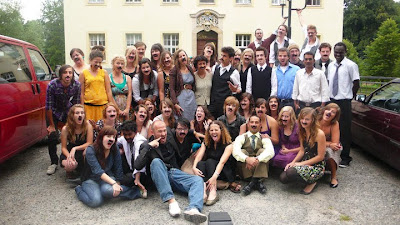 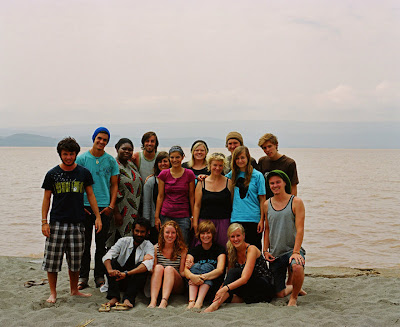 Last January I travelled to Hernnhut Germany with the organization Youth with a Mission (YWAM) to do a fine art photography discipleship training school (DTS). There, I spent four months in a lecture phase, followed by two and a half month Outreach phase to Ethiopia.

During Lecture phase a typical day began by waking up early, walking to the castle through the German forests and starting the morning with either worship or prayer for the nations. Following each prayer/worship session I would have class from 9-5 with a work duty and few breaks in between. After dinner we were free to spend our time doing art, socializing or whatever else we liked. Everyday the schedule would be repeated.

A few weeks into my DTS I really felt God challenge me to get into his Word. So I began to eat up scripture, reading relentlessly for hours and isolating myself in order to do so. Seventy days later, I had read the entire bible in chronological order; genesis through to Revelation. His word started to become alive to me, in and through my life. I started to see truth about his nature and character, the world, Christ, and who I am in Christ. Though I was in a weird spot emotionally, spiritually, and mentally and could have easily checked out, the depth of my faith began to become rooted in his promises and truth rather than my emotions, circumstance, or ideologies. I began to realize that when rubber hits the road, I have no other option but to press into Christ. The more I began to root myself in his word, the hungrier I became for it. All I wanted to do was talk about scripture, and I began to become familiar with anything anyone spoke about. I started to see the big picture and what the bible actually says, rather then someone else’s theology.

Little did I know or expect that God was preparing me for the next season of my life, two months in Africa.

Ethiopia was an amazing experience. Our first month was a three day drive to a little village called Jinka. There I spent time with prostitutes, street children, and played football with the local village people. I had the amazing opportunity to love on street kids, who would just run up to me, take my hand and walk with me for hours. Though these kids smelled bad and were filthy, I couldn’t help but to love on them, and be reminded of God’s love for me and my fellow brothers and sisters in Him. Though we stink, we are dirty, and there isn’t anything that makes us appealing in His eyes, He chooses to love us anyways.

As much of a blessing it was to be in Jinka, what God had for me wasn’t until we returned to Addis Ababa.

While the rest of the team was doing their ministry with projects that our base in Germany had previously started. I soon found myself somewhere else. They were across the city, a few buses and taxi rides away. I was doing ministry right at the compound where we lived.

I found myself pouring into eleven other younger males in the compound that we were living with. These kids who previously lived on the streets, they were uneducated, and orphans. Now they were in this compound living together as a family, followers of Christ. Their stories are unbelievable, encouraging, and a great testimony of the sanctifying work of the Gospel.

I had the amazing opportunity to be apart of their lives. By God’s grace I had the privilege to teach them God’s word, and challenge them to seek for truth rather then accept everything as truth. Their culture and Society are full of super religious and self righteous teachers and pastors who take the bible out of context, who think they are better and more qualified then anyone else, expecting you to come to church, sit down, listen to them, take it as truth, and say amen to their teaching. No questions asked.

By God’s grace I was blessed with the opportunity to love on a bunch of worthy kids, who never had a godly male influence. I got the opportunity to be a father figure, a brother, and their friend. I had the opportunity to help them understand true, biblical masculinity. We got to spend hours together everyday; wrestling, playing football, and just hanging out. As much God worked and changed their lives, he changed mine.

I’ve been to Dresden, Berlin, Poland, Prague, Istanbul Turkey, and Ethiopia and got to see and experience some really cool things. I got to go on some really cool trips, however my time away was much more then just a nice trip and good experience. It was a gift. It was a gift because coming away from the last year; I fully believe that my calling was affirmed. Despite where I come from, despite what I’ve done, who my family is or where my life should be headed, Christ has called me to something else; something different, something bigger. He has called me into a new legacy, to create and cultivate, to build up and not tear down, to take responsibility in leading my family, my church and my life. To live a life worthy of my calling, and to preach the Gospel.

Posted by Chance Faulkner at 8:23 PM